Robotic Arms: The Next Step in Patient Autonomy 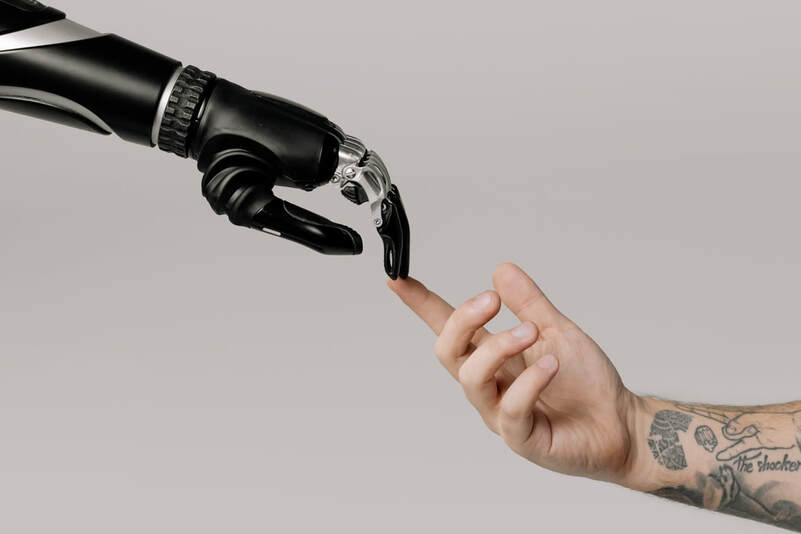 Autumn Jackson
​Edited by Sean Sugai
January 18 2022
Research
Amputation, the loss of a limb, affects around two million people in the United States. Some of these individuals were born missing all or part of a limb. For others, amputation is the result of traumatic injury, diabetes, peripheral vascular disease, or malignancy.

For centuries, humans have been using prostheses, artificial replacements for their limbs. Currently, people mainly use three types of arm prostheses: body-powered, myoelectric, and passive. A body-powered prosthesis uses harnesses and pulleys to move the artificial limb, whereas a myoelectric prosthesis detects muscle signals in the arm to control its function. Passive prostheses cannot move on their own but focus on more closely resembling a real limb. Patients decide which arm prosthesis best suits them, as all types have their own benefits and drawbacks. For instance, body-powered prostheses are more cost effective but less dynamic than myoelectric prostheses. As such, researchers conduct studies to test the successes and failures of recent prosthetic technologies to help inform patients’ decisions while also providing insight for the development of new prosthetic models.

One study examined the progress of “pattern control systems” in myoelectric arm prostheses. Pattern control systems allow patients to perform multiple different types of movements at the same time, such as extending the elbow while rotating the wrist. Prior to this system, patients had to perform each stage of a movement separately while also changing the mode of the prosthetic arm. Developers have since improved the speed, strength, and flexibility of pattern control systems, as seen with the Modular Prosthetic Limb (MPL), which was developed by researchers at John Hopkins University. 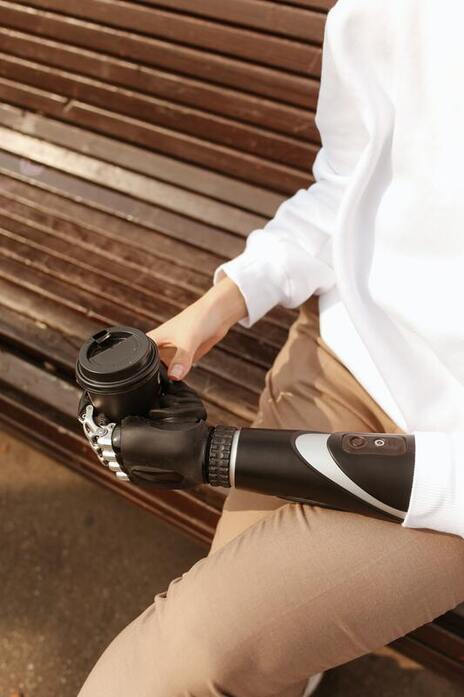 A prosthesis is being used to hold a coffee cup. The arm prosthetic in this photo is unspecified.
Image Source: Polina Tankilevitch
The researchers trained the study participants to use the MPL before evaluating its performance. The participants were trained in a virtual reality simulator, where they practiced moving the arm of a virtual avatar. These movements were recorded by sensors and given to the MPL robotic arm to replicate. The participants were then fitted with a personalized prosthesis before being asked to move foam blocks and perform daily tasks, like packing a suitcase, within a certain time frame in order to compare their original prosthesis and the MLP.

Initially, the MLP did not show any improvement in performance compared to the participants’ original prostheses. For example, the MPL did not result in the study participants performing the block test any faster. There were even some complaints about the weight of the new device. However, all subjects made great strides in their performance with the MPL as they continued to train, showing the promise of long-term use. The participants also believed that if they were given more training time, they could learn to use the MPL to its maximum capabilities and the MPL would outperform their old prostheses. Overall, although the MPL did not help the study participants finish the assigned tasks any faster, the participants were able to perform a greater variety of movements during the actual process when using the MPL.

Ultimately, these findings reveal the potential benefit of more advanced pattern recognition prosthetics. This provides an incentive for the continued development of these devices to increase patient autonomy. As this technology continues to improve, patients and developers alike are hopeful that prosthetics will give patients more agency in choosing how they navigate the world.
​Featured Image Source: cottonbro