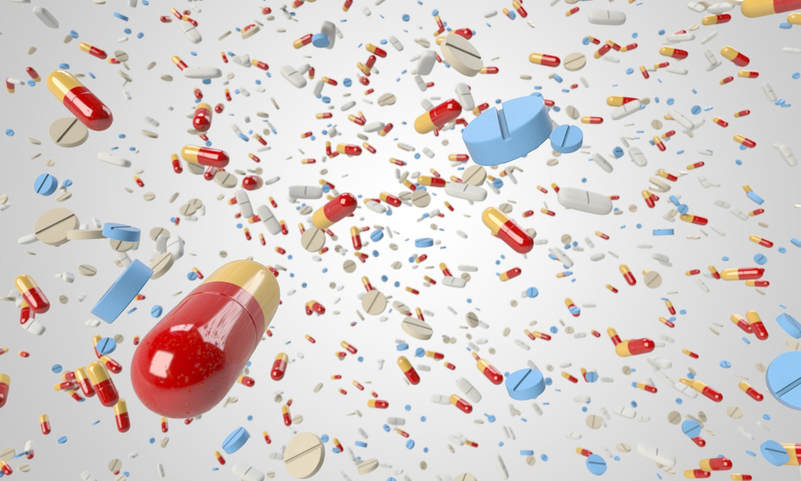 Emily Zheng
Edited by Sara Beshara
July 21 2018
Public Health
​Antibiotic resistance occurs when bacteria become unaffected by drug treatment, allowing the bacteria to grow despite the medication. Resistance can develop from the misuse and overuse of antibiotics, the drugs that are supposed to kill the bacteria. When the antibiotic is given to the patient, it often does its job. However, there may be a few bacteria that, through mutation or by other means, are able to develop resistance to the antibiotics and be unaffected by them. As a result, these pathogens can reproduce rapidly and cause diseases that are difficult to cure. Consequently, this stronger pathogen can spread to other humans and cause an epidemic. 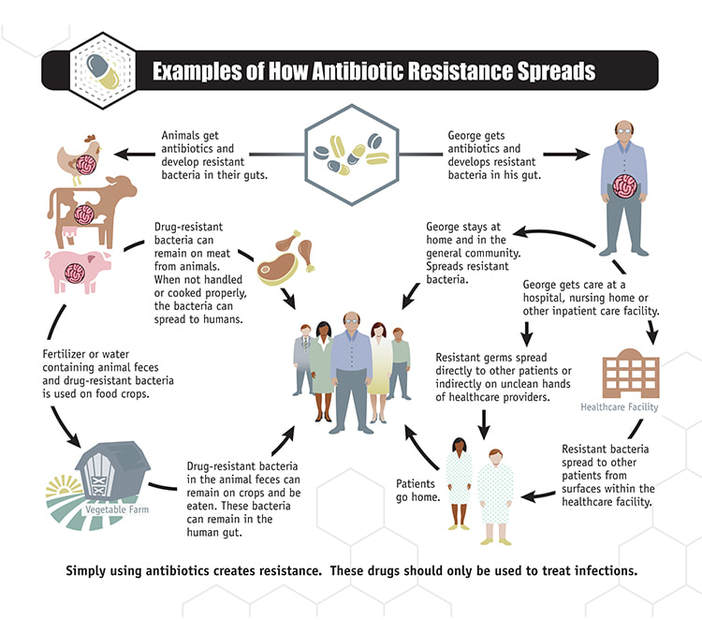 There are multiple ways to create and spread antibiotic resistant bacteria. Often times, these situations can be prevented by using antibiotics only when they are needed.
Image Source: Centers for Disease Control and Prevention
It is extremely difficult to control antibiotic resistance because there are currently no methods to control how a bacteria grows and mutates in response to drugs. As a result, immediate response to antibiotic resistance is very important in making sure the antibiotic-resistant pathogen is not spread to more people. The Centers for Disease Control (CDC) highlighted a few steps to respond more efficiently to an antibiotic bacterial outbreak. The first step is to see if there is an outbreak and if the antibiotic bacteria is spreading. Then, it is important to identify which patients are affected by the bacteria. This step includes testing both patients with and without symptoms that may or may not have the bacteria. The final step is to find out if the infection is anywhere else, and this usually includes testing those who live with the patient, such as roommates or family members. In addition, the healthcare facilities where the patient has stayed in the past are screened just in case the infection originated from there. It is also important to make sure healthcare facilities have the resources to follow the guidelines to contain an antibiotic resistant bacteria. After this, those infected are usually tested monthly after the initial outbreak in order to assess if the bacteria needs to be further contained. According to the CDC, facilities that take these precautions within 48 hours of finding antibiotic resistant bacteria stop the spread of the germ.