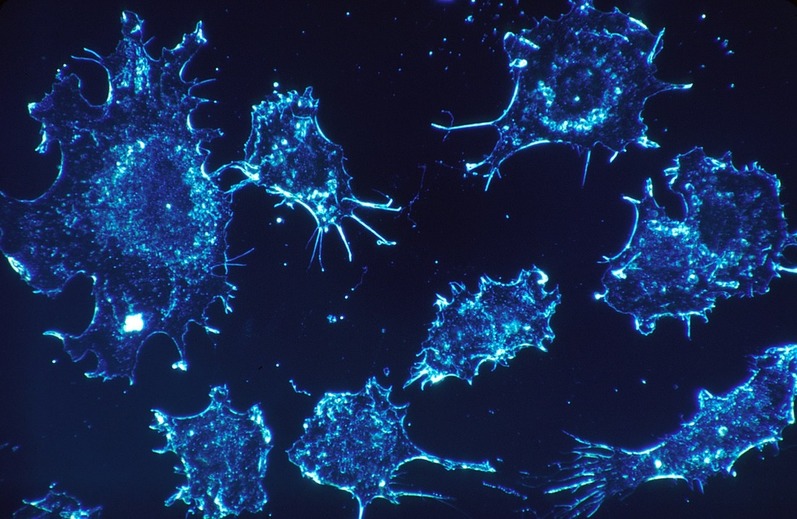 Andrew Luo
Edited by
Chris Lew
​ July 22 2018
Research
Cancer cells are characterized as cells that have accumulated mutations and faulty functions, dividing uncontrollably.  Normally, somatic cells, which are not for reproduction, divide to create new cells as needed by the body, undergoing apoptosis, or programmed cell death, when old and damaged. This regulated process helps to maintain overall cell integrity and proper functionality. However, cancer cells bypass this regulation and divide without stopping, leading to the formation of tumors, masses of tissue that can become malignant and metastasize, spreading from the primary site of origin to other body tissues via the circulatory or vascular system.

Normally, cells that become abnormal are taken care of by the immune system. The cell surface protein called major histocompatibility complex class 1 (MHC class 1) is present in nearly all cells, presenting bits of protein called peptides within the cell to the outside. T-cells, a type of cell which participates in immune responses, can interact with these MHC class 1 proteins and examine the peptide present inside the cell. When the T-cell examines one cell and receives many peptide signals indicating that the cell is in an abnormal state, such as during a viral infection, the cell is marked for death. However, cancer cells avoid the host immunity via immunosuppression.

A 2015 study by Stanford researchers examined the effects of allogeneic (genetically dissimilar) antibodies and stimuli from dendritic cells, or antigen presenting cells, in inducing an antitumor immunity state. The researchers noticed that allogeneic tumors transplants rarely occurred due to host T-cell rejection of the tissue – an occurrence which stems from MHC. MHC serves not only as an indicator of the cell’s state but also as a marker, allowing T-cells to recognize whether a cell is foreign or part of one’s “self” (genetically identical). 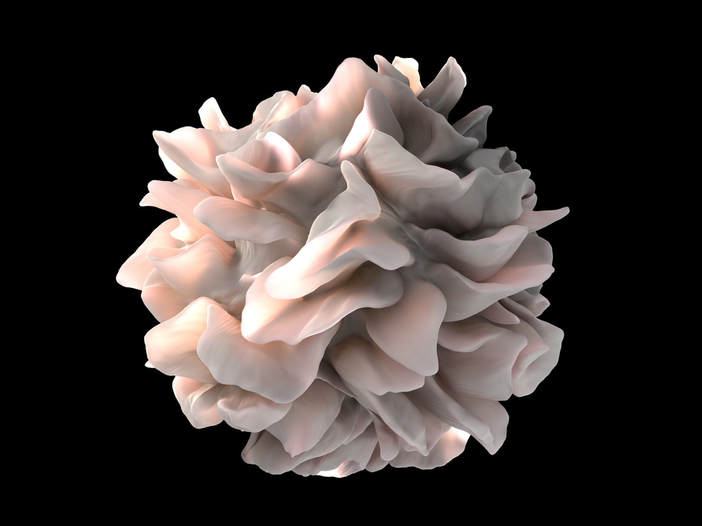 A model of a Dendritic Cell, or antigen presenting cell, generated with the use of abrasion scanning electron microscopy (a type of 3D cellular imaging). DCs are vital to presenting foreign particles to the immune system.
Image Source: Dendritic cell revealed by National Institutes of Health (NIH) is licensed under CC PD-Mark
More specifically, results showed that the tumor rejection occurred due to Immunoglobin G (IgG) tumor-binding antibodies. These antibodies allow dendritic cells (DCs) to present the tumor antigens and activate a T-cell response. Using mouse models as test subjects, the researchers tested the effects of allogeneic IgG treatment in inducing immunity. Post-incubation of the antibodies against the tumor with DCs derived from bone marrow enabled the mice to remain tumor-free for a long period of time, approximately one year. Furthermore, in the case of tumor associated DCs (TADCs), tumors that were autologous to the host, the treatment required more stimulus. However, with the treatment of both IgG and the stimuli, TADCs from treated mice protected naive mice (ones that haven’t been exposed to tumors yet) against the introduced cancer cells.

The use of antibodies as an immunotherapy treatment for cancer has been controversial. Some studies have suggested that antibodies further progress the tumor, while others report that antibodies can induce an antitumor immunity state. This study has further examined evidence to support the latter notion, possibly opening doors to a more effective treatment for tumors via immunological recognition and targeting.
​Featured Image Source: skeeze