A Monoclonal Antibody Against SARS-CoV-2 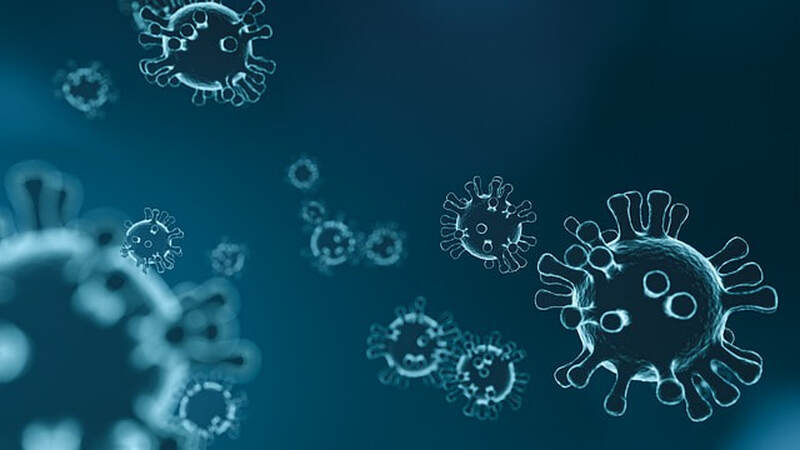 Olivia Zhou
​Edited by Saichandra Kalvakota
January 6 2021
Research
There is a dire need for powerful therapies to address the COVID-19 pandemic. Fortunately, researchers led by Dr. Wei Li from the University of Pittsburgh discovered IgG1 ab1, a monoclonal antibody that may be beneficial in the battle against SARS-CoV-2, the virus that causes COVID-19. Antibodies are natural proteins produced by the body in response to antigens, or the immune-reacting parts of pathogens. They serve important defensive functions, such as binding antigens and activating other immune cells to neutralize pathogens. Scientists can improve these abilities by enhancing or engineering antibodies with amplified properties against a single antigen, producing what are called monoclonal antibodies (mAbs). Phage-displayed antibody libraries, in which billions of different antibodies derived from human cells are exposed on phage surfaces, can further select high-affinity mAbs by “baiting” the antibodies with the antigen. In this process of “panning”, the mAbs that bind most strongly to the antigen can then be isolated and rapidly amplified in large amounts for therapeutic use.

SARS-CoV-2 enters lung cells via its receptor binding domain (RBD), a region of its spike glycoprotein, which binds to the human angiotensin-converting enzyme 2 (hACE2) receptor. Thus, if an antibody could bind to the RBD, it would block the virus from entering the body’s cells and successfully prevent infection. So, the researchers used the RBD to pan their phage display libraries and within six days, found IgG1 ab1 to be the most ideal candidate. They then tested its binding strength and specificity, finding ab1 to bind more strongly to the RBD than hACE2, while not cross-reacting with SARS-CoV. As for its functional properties, ab1 effectively neutralized the virus in tissue assays. 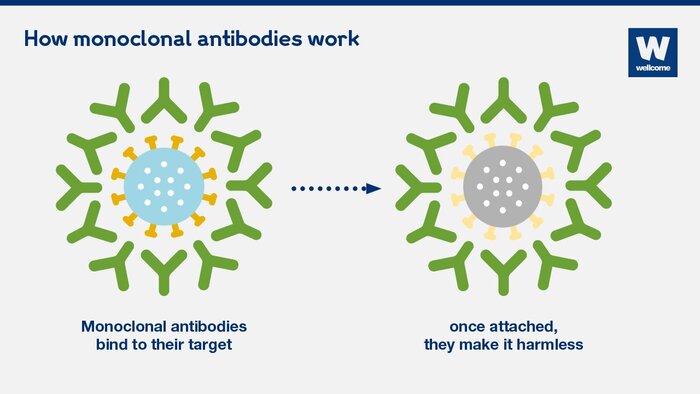 By binding to SARS-CoV-2 receptors, monoclonal antibodies can prevent the virus from entering cells and thus block infection.
Image Source: "monclonal antibodies for covid 19" by Wellcome Trust is licensed under CC BY 2.0 UK
Li’s team then transitioned to in vivo assays to investigate whether ab1 could be effective in humans. First, they tested how effective ab1 is at preventing SARS-CoV-2 infection in two different mouse models by administering the antibody before infecting them with the virus. Since the virus does not bind to the version of ACE2 in mice, the mice were modified to enable viral entry: one mouse model received SARS-CoV-2 with its RBD mutated, and the second mouse model was genetically engineered to express hACE2. In both models, roughly the same dose of ab1 neutralized the virus, reducing the virus by about hundredfold. Lastly, they tested ab1’s efficacy in Syrian hamster models, which are clinically better SARS-CoV-2 models than mice. Images of lung tissue showed that ab1 was effective in reducing viral burden, inflammation, and bleeding. Ab1 also significantly reduced viral shedding in nasal washes and oral swabs, which can indicate decreased likelihood of SARS-CoV-2 transmission. However, ab1 was more effective in preventing than treating the virus.

Finally, the researchers assessed if ab1 is safe and practical to use. For one, ab1 has a low rate of somatic hypermutations—it does not tend to change much in its structure and thus its binding properties. As a result, it is unlikely to mutate enough to bind to other antigens or fail to bind to its target. Additionally, this could mean that ab1-like antibodies could be rapidly created in response to RBD-based immunogens, a useful trait for vaccine development. Ab1 also did not aggregate or nonspecifically bind to other human proteins, demonstrating its lack of possible adverse side effects.

Although the antibody has not yet entered human clinical trials, its discovery is promising. Ab1 has potential alone or in combination with other antibodies to aid in diagnosing, preventing, and treating COVID-19. Furthermore, the fact that Li’s team was able to discover an effective, neutralizing antibody within a week underscores the advantage of having antibody libraries and their usefulness in taming future outbreaks.
​Featured Image Source: mattthewafflecat