The Powerful Influence of Exercise on Mental Health

Ryan Cerny
Edited by Tiffany Lau
Januar 5 2020
Research
It is no secret that those who regularly engage in physical activity have a much lower risk for chronic diseases such as obesity, diabetes, and cardiovascular disease. Exercise has long been associated with a plethora of physical health benefits that both promote longevity and strengthen overall heart health. Furthermore, the engagement in activities such as aerobics, biking, team sports, and weight training are effective in building muscle and increasing long term energy levels. However, less commonly understood is the impact of physical activity on improving one’s mental health.
​
The brain benefits from improved mood and cognitive health with regular physical exercise as it triggers the growth of new neurons and connections between those neurons. Brain-derived neurotrophic factor (BDNF) is the protein growth hormone which is largely responsible for this growth and adaptability of neurons as it strengthens neuron function, and protects neurons from degeneration and cell death. Likewise, BDNF levels increase with frequent physical activity and this ultimately promotes stress resilience and overall mental and emotional stability.

In an observational study exploring the relationship between physical activity and mental health, researchers examined a link between frequency of engagement in rigorous exercise and improved symptoms of Major Depressive Disorder (MDD). Researchers drew data from over a million participants with a wide variety of emotional stress: ranging from perfectly healthy to severe MDD. At the end of a 30 day period, participants were asked to self-report how often and how long they engaged in rigorous physical activity as well as the number of days within that period they perceived their mental health to be poor. 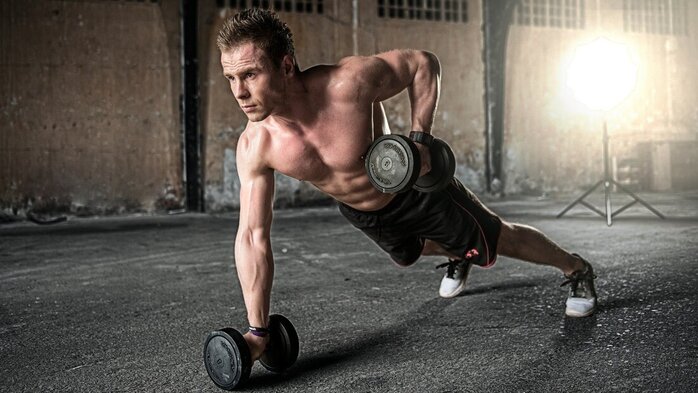 Weight training is one example of a physical activity, among many, in which individuals can engage.
Image Source: StockSnap
Researchers also found that the specific type of exercise— the examples of which mentioned earlier— was more or less equally effective in improving mental health symptoms as long as the activity was moderately rigorous. Likewise, the results showed that the most significant improvements in participants’ mental health were made when they engaged in exercise for roughly four days per week, 60-90 minutes per day.

Importantly, too much exercise can also be damaging to one’s mental health. Although most participants improved their mental health through exercise, some who engaged in vigorous activity exceeding three hours per day (or over five days per week) reported worse mental health overall compared to those who didn’t exercise at all. Therefore, while it is necessary to exercise on a regular basis it is also important to not overtrain.
​Featured Image Source: TheDigitalArtist